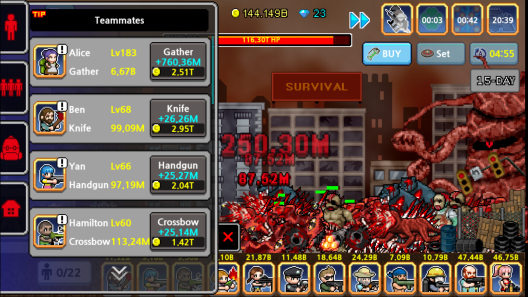 How am I supposed to survive 100 days in the zombie apocalypse if I can’t even make it pass day 15? We’ve been plucking our way thru this mega boss for 4 days to no avail. How many times do I have to see Ben die? If you didn’t know Ben is the fastest character in survival mode and if you power him up he can definitely clear a path for the other survivors early on. He can also buy time while the slower yet more powerful characters catch up. The zombie boss at the end of the board not only as an endless supply of over powered mutants to throw your way it can also burp out a nauseous gas that will injure any character on the field. 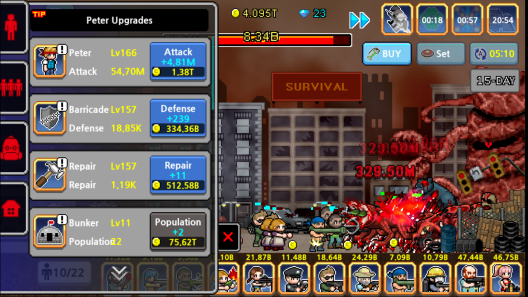 If those characters are already injured that gas could kill them. You only know fear when half your crew is wiped away in the blink of an eye. Fortunately it doesn’t look like this bosses attack as any effect on your barricade but I’m the same lane Peter’s gun still won’t reach to the other side to do any damage. This fight is strictly up to your team and the massive truck that still clears the field of zombie regardless of power level. The truck still only damages bosses though, it doesn’t kill them.

7 Weirdest Things That Were Adapted into Videogames

When it all goes down hill – State of Decay